This work is part of the ANROWS Landscapes series. ANROWS Landscapes (State of knowledge papers) are medium length papers that scope current knowledge on an issue related to violence against women and their children. Papers will draw on empirical research, including research produced under ANROWS’s research program, and/or practice knowledge. 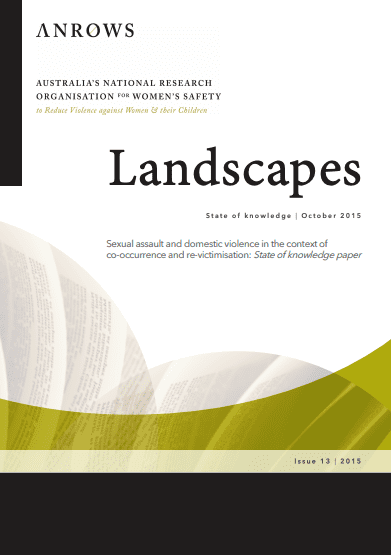 Sexual assault and domestic violence in the context of co-occurrence and re-victimisation: State of knowledge paper
Landscapes Issue 13/2015

State of knowledge on the co-occurrence, intersection and differences between forms of, and responses to, violence against women and their children