How the survey was done

The Social Research Centre’s (SRC) highly skilled team of interviewers made over half a million telephone calls to reach our target of 17,500 interviews.

They called a mix of randomly generated mobile and landline telephone numbers, and offered interviews in twelve languages other than English. In order to reach this target, interviewers were making calls every day for over 5 months.

The time it takes to complete the survey varied from person to person, but on average it took approximately 20 minutes. The NCAS aimed for an average of 20 minutes to minimise the possible impacts of long interviews for respondents and the quality of the data collected from them.

To increase the comfort of both the interviewer and interviewee, we had females interview females, and males interview males. A choice was available for those not identifying as female or male.

Implementing a survey on a sensitive issue like violence against women requires careful processes to ensure the safety and wellbeing of the interviewers and respondents. This included explaining to respondents the sensitive nature of the survey, and reassuring them that they could take a break or end the interview. When appropriate, respondents were offered information about support services. A thorough complaints protocol was also developed.

All interviewers were trained to deal with difficulties respondents might experience in the interview. Support was offered to interviewers to discuss any issues resulting from their work on the survey. 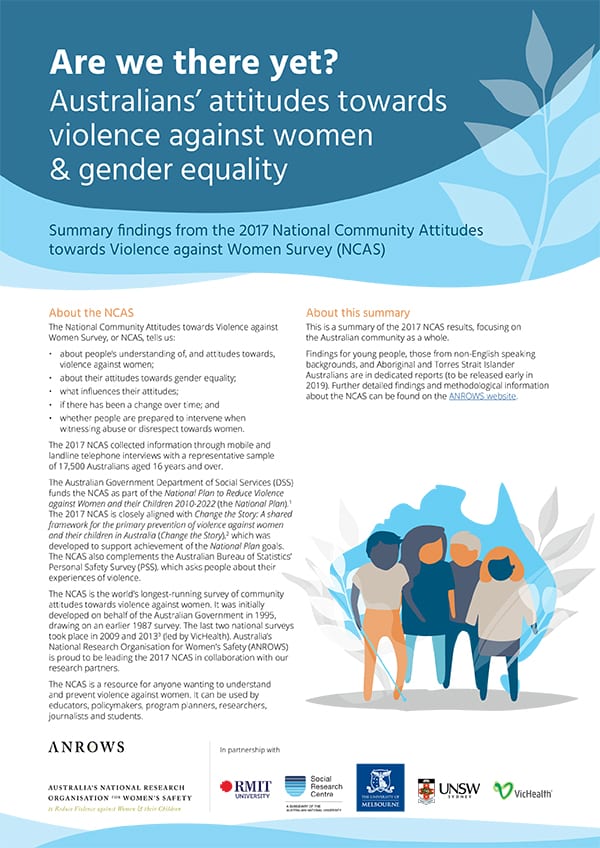