The qualitative research was local, place-based, and embedded in communities. The team formed partnerships with key Aboriginal community organisations in each region. The focus, identified in discussions with partner communities, was on aspects of Law and Culture that promote social integration and offer pathways towards greater community safety and healing.

Given the central role that trauma plays in the perpetration of family violence, the report stresses the importance of healing in addressing family violence. The report recommends a greater focus on prevention, healing and diversion from the criminal legal system. It recommends an improved understanding within mainstream systems and services of the nature of Aboriginal and Torres Strait Islander family obligations and interconnections, and the involvement of both men and women in the design and implementation of local family violence strategies. Overall, it highlights that policy and service responses are most effective when they acknowledge the link between violence and issues that stem from colonisation such as alcohol misuse and intergenerational trauma, rather than focusing solely on gender inequality and male power. 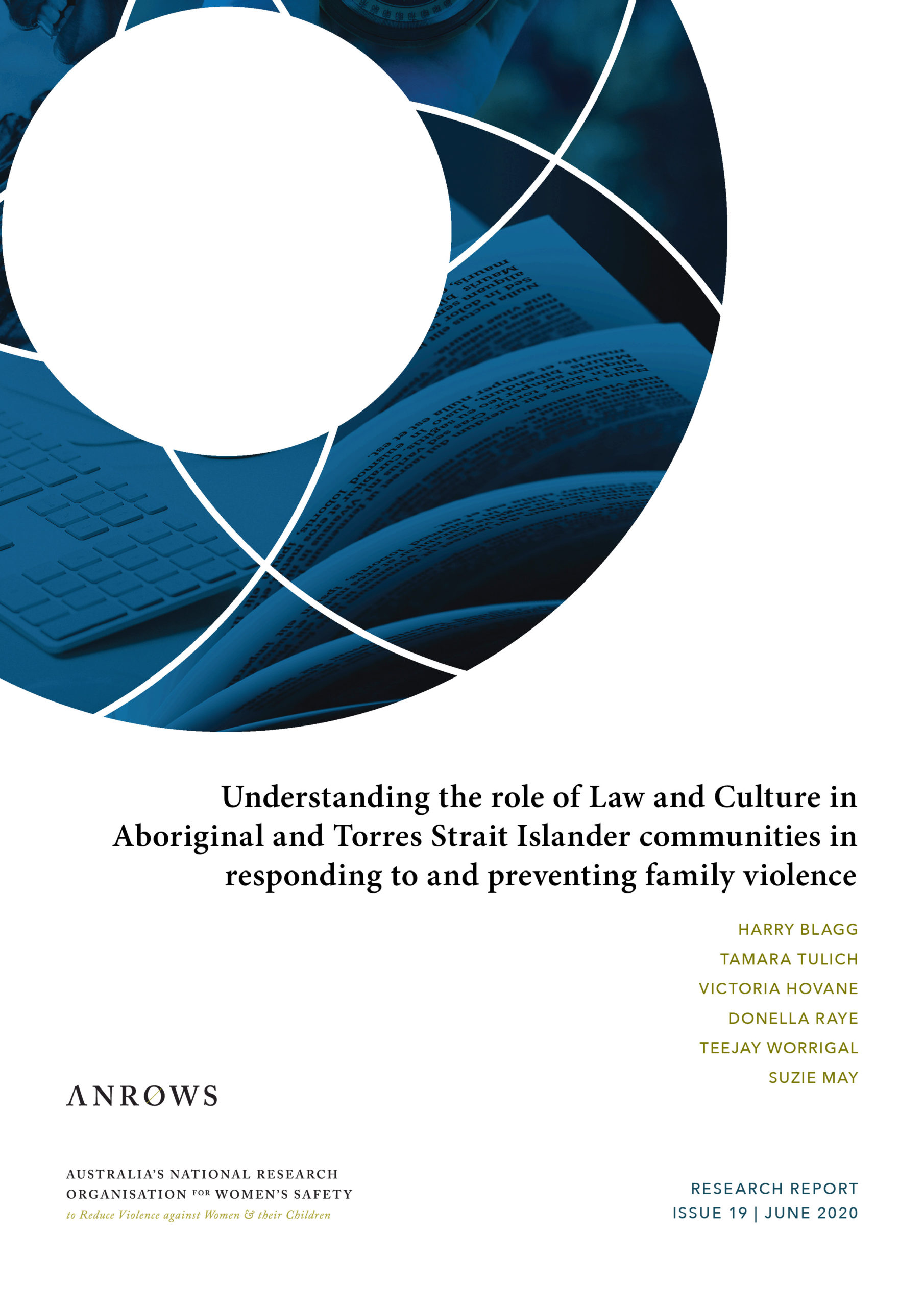 Understanding the role of Law and Culture in Aboriginal and Torres Strait Islander communities in responding to and preventing family violence
(Research report, 19/2020)

Understanding the role of Law and Culture in Aboriginal and Torres Strait Islander communities in responding to and preventing family violence: Key findings and future directions